INCREASE IN THE IBI TAX FOR UNOCUPPIED HOUSES 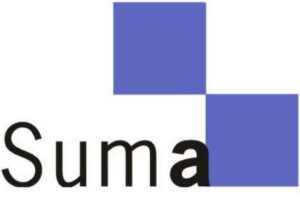 The Royal Decree-law number 21/2018, issued on the 14th December, as a matter of emergencies in the matter of housing and rent, includes important changes in this area, mainly regarding the regulation of rents. I would like to highlight now an alleged increase in the tax burden for the “unoccupied property with permanent character”, as […]

TEMPORARY REGULATION FOR BRITISH RESIDENTS BEFORE THE BREXIT

Despite the uncertainty in the United Kingdom about the effectiveness of Brexit and its effects, given the proximity of the 30th of March  2019 (which is the deadline to come to an agreement in order to separate from the European Union) and despite the fact that Spain has a government in office at the moment, last […]

Over recent years costumer protection has suffered a spectacular increase, since, for years there were certain standards (Spanish and European) that protected costumers in a high degree. Those of us who have spent time studying costumer law and going to Courts could see how again and again these aforesaid standards were not applied, and I […]

The Contentious Administrative Court of Elche, which is analyzing the settlements of the Town of Torrevieja, has already given a sentence declaring the nullity of two declarations of capital gains tax, condemning the aforementioned City Council to return to the plaintiffs the money paid plus the due interests derived. In fact, judgment 109/18 of the […]

We are so greatful to announce that we have been included in the list of English-speaking lawyers recommended for British nationals in Spain by the British Consulate!!!. You can check on us in the list uploaded in the following link: https://www.gov.uk/government/publications/spain-list-of-lawyers

RELEVANT DAY FOR THOSE WHO DEMANDED A MORTAGE.

Today, the General Counsel of the Court of Justice of the European Union will present his opinion, expressing whether one of the indexes used to calculate the mortgages (IRPH) was marketed in Spain correctly  and clearly enough or not. This resolution is not binding, although it usually coincides in 80% with the final criterion of […]

We have just received a notification with the final decree from SUMA office that says that they accept the claim made by a customer regarding his capital gains tax whose amount was over 3.000 euros. This claim is more than legitimate (given the fact that in the title deeds one can see that the sale […]

We have won another appeal against the Town Hall of Torrevieja: we got the annulation of the capital gains excessive tax and a refund of 6.854 euros plus interests for our client!

The Constitutional Court decision of October 31st, 2019 has been mentioned by the media, referring to banning the confiscatory taxes. According to this legal concept, “the tax burden cannot exceed the benefit” and, in the specific case they analyzed, with a theoretical benefit of € 3,473.90, the City Council of Majadahonda (Madrid) settled the tax for € […]

So far there was a system for the verification of the real value of a purchased property that was done by the Liquidation Office and such system did not have many possibilities of being refused by the purchasers. We mean that the Administration normally takes as a value to be verified the one provided in […]